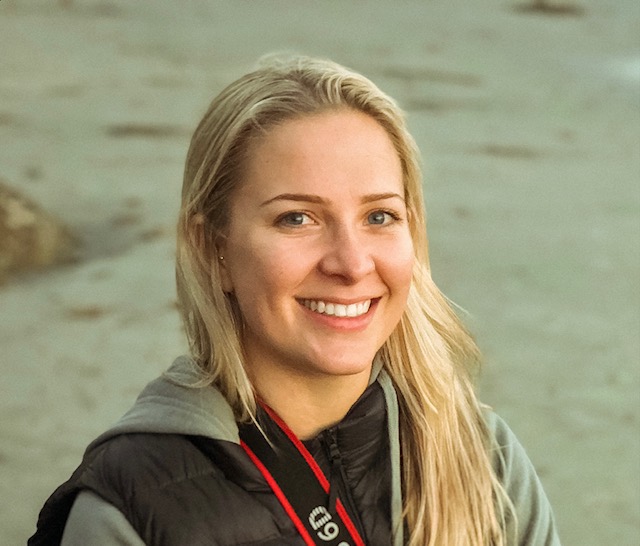 We’ve featured several stories about ambitious agents and team leaders who have made it big in real estate despite the odds.

The story of Will Featherstone, Baltimore-born-and-raised founder of Featherstone & Co brokerage, is that same story—with a twist.

Shortly after weathering the 2008 housing crisis, Will started a now thriving Baltimore brokerage that helps agents from different backgrounds achieve their goals and empower the local community.

The best part of Will’s story, however, is how the community empowers his team right back.

We sat down with Will to learn about his chaotic career start, how to identify and seize life-changing opportunities and, above all, how to give back and prosper.

Ready for a CRM you can count on? Try Follow Up Boss free for 14 days and fix your follow up. Friendly support available 7 days per week.

From Investor to Agent: Becoming a Successful Agent in Distressed Market

A few years after graduating from the University of Maryland at Baltimore with a major in Health Administration, Will realized what he wanted to do was real estate. But instead of joining a brokerage or moving houses on his own, he went straight into investing.

“I started buying properties, building new construction homes. I had a rental portfolio at the time. And this was 2006,” Will recalls.

The only thing Will regretted at the time is that he didn’t start earlier.

“When I was in college, I wanted to do it,” says Will, “I was already approved for a loan and had properties that we were identifying to flip.”

“You were hearing the stories of folks flipping homes and making large profits, or properties gaining significant appreciation in a fairly short period of time,” he adds, “But I listened to the more traditional safe thinkers versus my own ambitious attitude.”

So, Will decided to sit back and play safe when the first opportunities came around.

“I let the safe thinkers influence my ambition. So I always told myself once it came around again, that I was going to miss the opportunity.”

Of course, as luck would have it, when Will finally decided to jump in and start building his portfolio, he found himself right smack in the middle of the 2008 financial storm.

“The market was still kind of hot, but because I was new in the game I didn't really understand that ‘okay, it's about to go down’,” Will admits.

But where many left, Will decided to double down.

Will’s not only great at selling real estate, he also knows how to dress. Source: Instagram @featherstoneandco

Will met an agent at one of the properties he was interested in investing in, and that agent encouraged him to get a real estate license. A few weeks later, Will found himself at an interview with the biggest REO brokerage in Baltimore, an office that was primarily focused on foreclosed properties.

“I learned how to be an agent in the distressed market,” Will continues, “That started my whole career outside of investing that molded me into the more professional side.”

By leveraging his experience as an investor into a career as a real estate agent specialized in the distressed market, Will made good on his promise to seize whatever opportunity came at him.

Here’s how he turned a $40 BPO service that no one wanted to touch into multiple thousands of dollars a month in revenue and eventually launched his personal reputation as the go-to agent in this niche market, selling assets on behalf of every major institution and government entity in Baltimore:

[BPO, or Broker Price Opinion: is a property evaluation suggested by a real estate agent or broker for a small fixed fee.]

Eventually, Will was carrying up to 250 assets at once, and selling for clients, banks and investors.

At the time, Will was working largely on his own, only hiring runners to take photos and some admin staff to type the orders. But pretty soon he got a glimpse of what a system and a well-built team could help him achieve.

Will had this large inventory of properties that he was selling for his investors but, unbeknownst to him, it was also a database of listings in disguise.

“I would get calls all the time about potential buyers interested in listings that I may have been carrying at the time,” he says, “And to be honest, I didn't have time to service those folks. I was just too consumed with the tasking and the management of the larger portfolio.”

But when his friend’s wife, a licensed agent, was looking for ways to grow her income, Will offered to step in.

“I was like: ‘Well, I get leads all the time, so if she wants to come over to my company,’ I was with a smaller brokerage at the time, ” Will shares, “Then I could feed her all the leads.”

The rest, as they say, is history.

“I think within like the first 30 or 45 days I did nothing with the lead that I gave her, and all of a sudden I got a check,” Will smiles.

“And I was like golly, what is that? I didn't know the client. I never talked to the client. I only knew of the property that she sold,” he adds.

And that’s when it hit him: there’s another opportunity right here in front of him.

“It was like wow, a lead comes in and I’m not doing anything with it. I’m losing out on business because I don’t have the proper systems and tools in place to help leverage a bigger or better business.”

“I think that was around the time I got Follow Up Boss,” says Will.

It wasn’t long before Will got really interested in building effective real estate teams and the systems he’d need to support them. The best place to learn? His own brokerage.

Follow Up Boss helps Will connect his team with hundreds of contacts per week and grow revenue on autopilot.

From Teamerage to Brokerage: Building Systems that Invite Success

Now that Will was a team lead, it was easier to hire people by leveraging the team’s existing credibility.

“People were paying attention and that allowed me to start recruiting talent that ultimately helped build the team,” Will says, “My first great hire was my operations manager that I still have now, Lisa. And then it started going from there.”

But Will didn’t want to grow his new team on a weak foundation. Working closely with Lisa, they started to build systems, a firm structure that new agents could rely on in their work.

Will would bring in plenty of ideas on how to make the processes more effective, and Lisa would help him organize them into a system.

Today, Will and his wife Lanaea have not only built a team, but a wider community network that includes hundreds of Baltimore’s most talented college students through the Will and Lanaea C. Featherstone Foundation.

“Slowly but surely, one thing after another would start getting implemented,” Will continues.

“By that time I had the systems through Follow Up Boss, you know, the phone systems, marketing, the whole nine. That's where it started when we definitely started hiring buyers agents,” he adds.

From day one at Featherstone & Co., it was all about community support.

At the foundation of the new brokerage was a culture of sharing knowledge and helping people achieve their goals.

“We just provided them all of the tools and everybody shared everything,” says Will. “We shared the resources and how we get business done to help leverage them to possibly do more.”

Need a sales foundation you can grow from? Try Follow Up Boss for free today and give your team the support they need.

That’s when Will realized his unique ability to give back to his agents on a much larger scale.

“Being at one of the big box companies, I started noticing the barriers to success,” he shares. “Agents coming in from different socioeconomic backgrounds and what that means. I started noticing: ‘okay if this is a barrier, how can I run a brokerage for people that may be from the same background as me or similar.”

To do that, Will decided to acquire an individual agent’s perspective.

“I have my goals and my wants, but it may not be theirs,” he adds.

“Until we start to meet people where they are versus where we want them to be, there will always be a disconnect.”

So how do you make sure you help agents achieve their individual goals and simultaneously grow a successful real estate business?

This is where Will tapped into the amazing power of Baltimore’s community.

Will’s relationship with the community started way before he got his real estate license.

“That was my wife's passion. Community development, community enrichment. Just any type of philanthropy or giving back,” says Will.

But Will, with his analytical mind, wanted to help her to do these things at scale.

“At the time it was just her passion, but it needs to be done right, right?” he explains. “I just identified her love for it, and structured it to give the ability that will allow you to scale.”

“I think I hired a consultant right away because I didn't wanna be one of those folks where you say you're a non-profit, but you're not really a nonprofit,” he laughs. Now, 12 years later, Will’s achieved a community bond and then some.

“Now it’s to the point where we're giving scholarships to students for college. We have financial literacy programs, educational programs for underserved communities.”

“We're funded by just about every financial institution in terms of small local banks,” he explains.

“The ideal process of how we evolve as Featherstone now is to bridge the gap with the community, build them up, offer resources to them because they're still underserved in real estate, right? And then leverage that into more sales, internships that possibly could create more successful agents.”

Here’s how Will explains his dedication to helping his agents, buyers and greater community.
‍

But the benefits of this bond with the community don’t end there.

“You build this ecosystem of community where they're involved in your client parties, or the givebacks or what have you, then it's about tapping into their circle because you're a community,” adds Will.

“It's like infiltrating their sphere with impactful changes to their life. So now we're like influencing great things in someone's life, in their family's life,” he shares.

What’s Next for Featherstone & Co?

From now on, Will is focused on improving how his brokerage operates via an organic process of incremental improvements to its systems.

“The biggest goal is to really buckle down on what Featherstone 2.0 looks like. I've been wanting to kind of revamp and restructure for a while,” he says. With the recent pandemic, Will is weathering yet another storm with the hopes of coming out even stronger.

“I think the quarantine has allowed me to kind of think clear headed and come up with new strategies and new ideas, and, you know, think about them and deliberate on them and kind of go back and forth,” he adds.

“The thing that I have identified is some things don't work geographically that may work for someone else,” Will explains, “Then, it's about tweaking things or doing what works for you.”

And in Will’s case, what works for the community works for him.