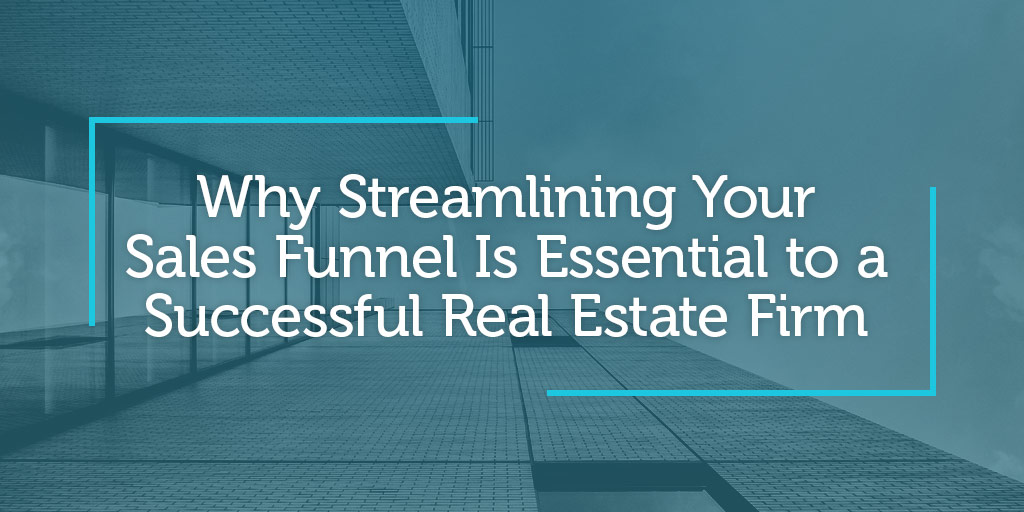 In sailing, the goal is to have a fast moving, agile ship. Anything that gets in the way of that is thrown overboard. To make sure that ships are moving at their peak ability, owners make sure to scrape barnacles off the sides of the ship. These creatures accumulate on the bottom of the hull and, while each one is small, their collective weight can prove disastrous if the goal is to achieve peak fuel efficiency or speed. That’s why sailors ruthlessly remove anything that gets in the way of that.

The same should be true of your real estate team. You aren’t trying to circumnavigate the world, but you do have a goal: close deals.

Everything that contributes to that high level goal is good and everything that detracts from it is bad. It’s that simple, but many teams get distracted with other concerns as they build their businesses.

These distractions aren’t the end of the world, but you should take care to periodically streamline your sales process and make sure that there are no barnacles getting in the way.

Why Streamlining Your Process Is Important

The more complicated your sales process becomes, the more likely it is that steps will get skipped. Imagine that you’ve developed your sales process to the point where information gets passed around to ten different people, there are seven tools involved, and multiple people are responsible for different parts. It’s true that this type of setup can result in closed deals, but the more likely outcome is that people will forget steps, things will get dropped, and leads that could have become closed deals become cold leads.

On the flip side, when you streamline your process to focus on the essential steps, it’s highly unlikely that any single step will be skipped or forgotten. In fact, by cutting things out and keeping your sales process to under ten steps, you’ll be able to more accurately figure out what’s important and what’s not. For example, if you only have six steps you’ll be able to figure out which functions on your team need additional help and what new hires to focus on.

When imagining a perfect world, many of our minds drift to statements like, “Everyone on my sales team loves the processes I’ve set up and think that they’re perfect.” As dreamy as that sounds, it’s unlikely to be true. While your team probably approves of your process and probably follows the main points, there are invariably people that skip some steps. Instead of punishing them for disobeying your process, it’s worth examining whether or not they’re right.

People don’t just wake up in the morning with the intention of skirting the rules and processes you’ve set up. Instead, after careful consideration, they start to take shortcuts that save them time and make everyone more money. When this happens, it’s a good sign that your process needs streamlining. If there are entire steps that can be avoided with no ill results, then it’s worth questioning why those steps are in there in the first place. When skipping those steps results in even faster closed deals, it’s pretty clear that the steps need to be removed or radically altered.

Where to Start Your Streamlining

Every company has projects that don’t need to be running. They may show up as zany ideas that could change the direction of your company, but deep down many team leaders know that they aren’t going to move the needle much (if at all). While experimenting should be encouraged, a good experiment has an end date when there’s an explicit decision made to either incorporate the experiment permanently or set it out to pasture. When you’re streamlining, the latter is almost always the right answer.

A great example of this is when real estate teams test out new marketing and advertising campaigns. These are great to invest in and have the potential to positively influence your position in the local market, but there’s a caveat. When you’re trying out a new marketing campaign, your team can get caught up in tracking it and making sure that if it’s succeeding or failing, the result is quantified. This is a great practice to get into, but if it’s been months and the campaign has stalled, tracking these moments can slow down your team. By setting an expiration date for vanity projects, your team will be able to turn their attention to the things that matter.

When building out your process, there’s a natural tendency to over-include details. This happens when you develop personal preferences for how to get work done and then assume that these optional choices are the most effective way to get things done for everyone. It’s a dangerous assumption to make, and it can result in processes that are tailored for you, not for your team.

To avoid this, cut out the scrap. For example, if you’re the type of person that likes to respond or archive emails within minutes of receiving them, that’s great. However, other people on your team may like to process their emails in batches every 20 minutes. When your process specifically calls for immediate responses to non-urgent conversations, it can result in team members unnaturally changing how they work to fit a process that doesn’t move the needle.

Streamlining your process isn’t a one-time thing. While you’ll definitely see progress by following the steps above, your process building doesn’t end here. Your business will develop, your team will evolve, and you’ll swap out one tool or technique for another. Every one of these changes has the potential to add barnacles to the hull of your process, so to speak, and you’ll need to periodically go in and scrape them off. It may be time consuming, but it’s worth it.

Are You Recruiting the Right Real Estate Agents? Experts Share Their Best Strategies

Entrepreneurial Operating System: What Is It? And How to Use It to Scale Your Real Estate Business