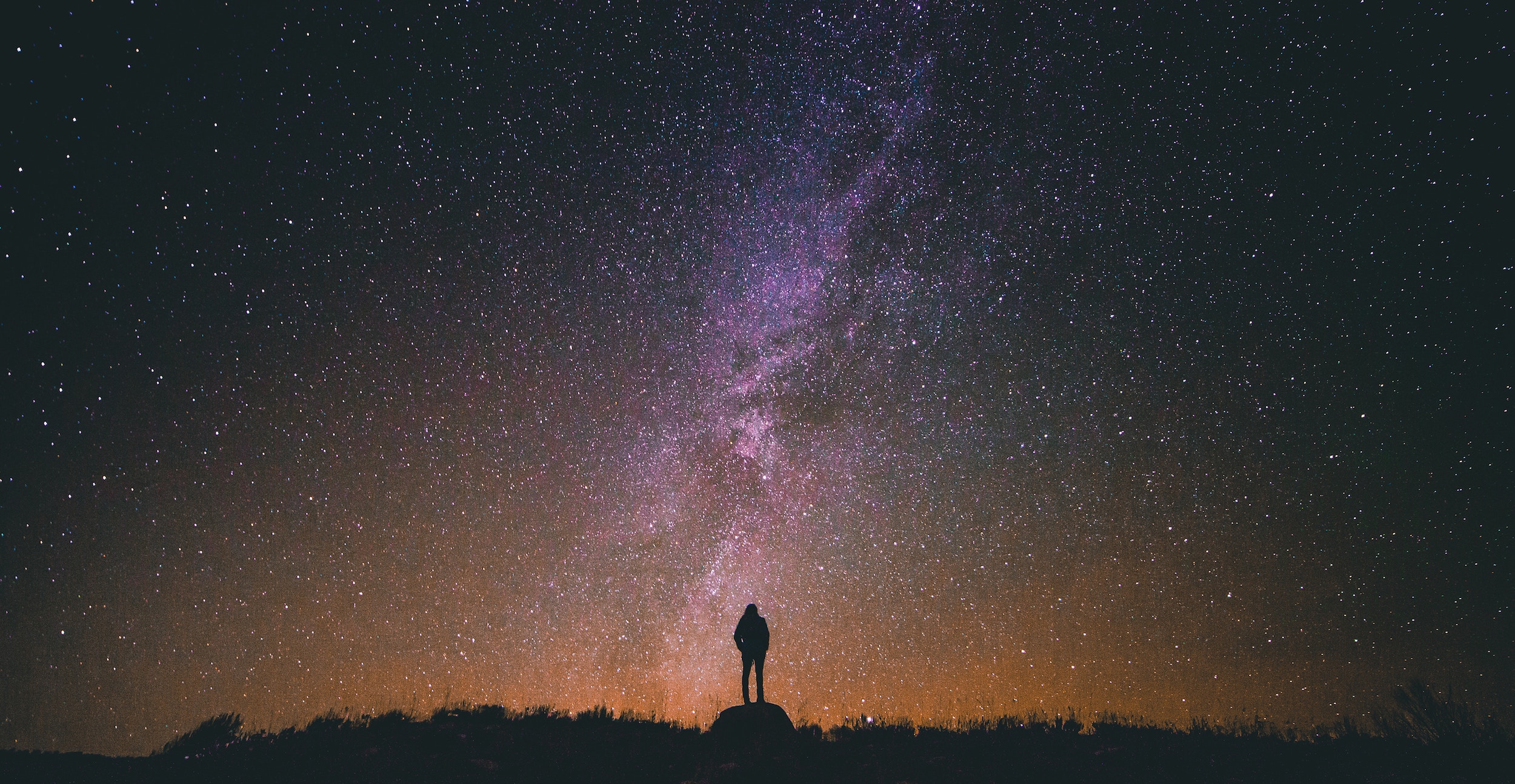 It’s a piece of content offering tips, tricks, or tactics that claim to help you become more productive, start your day right, minimize email, or optimize any number of outcomes that should (in theory) save you time and make you money.

There’s certainly nothing wrong with reading articles or dissecting infographics that might help you become more motivated and productive. The problem emerges when you realize that most of those articles have not been written with real estate in mind. They’re usually targeting people who work 40 hours a week in an office (and maybe have a side hustle) or full-time “creatives” — and that’s not really how the typical real estate agent operates.

That said, it would also be a mistake to ignore the concept of motivation entirely. Real estate agents have the freedom to build a business any way they like — but that also means they don’t have “extrinsic motivation” operating in their jobs, such as a regular paycheck or annual performance reviews.

Let’s be real: You are likely going to work every day at least partly because you enjoy getting paid. There probably aren’t too many real estate agents out there who would keep showing up and doing the job if they didn’t get paychecks when deals close — and that’s okay!

The thing to remember is that your commission check can only get you so far up Mount Motivation, and all the top producers hang out at the summit. You’re going to need something extra to help you reach their level.

This is where intrinsic motivation comes in. If you can make work — or at least parts of your work — fun and engaging enough to motivate you intrinsically, then you’ll have a serious edge over your competitors who are just in it for the money.

Many agents make the mistake of waiting to feel motivated before doing something, notes real estate coach Tim Harris. “They think they need to feel a certain way before taking action and they look for things to motivate them — they listen to speakers and watch videos,” he explained.

And that kind of motivation has a place, but its effect is short-lived and won’t sustain you all day. (Plus, how many TED talks can one person absorb in a day?)

“Those old-school sales tactics tend to get pushed aside by the bright and shiny,” explains Stacie Perrault Staub, who owns the West + Main brokerage in Denver.

That means handwritten notes, phone calls, and door-knocking, of course — but Staub also says that planning ahead just a bit can reap big rewards and make sure you’re not wasting time later.

For example: Scheduling any open houses at least a week in advance so that you have time to tell the world. “Agents are sitting in an empty open house for hours because they’re waiting till the last minute to market it,” she says, “but if they’d marketed it properly, it’d be packed.”

There is one thing that might feel like a magic wand: If you’re really having trouble getting motivated, and it’s affecting other areas of your life, go see a doctor.

“I had some coaching clients I’d been coaching for a long time, and I’d noticed not just a drop off in their production but also a drop-off in who they were — they lost their zest for life,” Harris says.

After a visit to a physician (independent of Harris), he knew what the problem was: lowered testosterone.

“Both men and women as they age have physiological changes that happen, and it’s going to literally hamper your body’s ability to feel optimistic, to feel like taking a risk, like taking on a new challenge — to feel motivated, basically,” he adds.

What Are You Dreading? Do That First

Garcia recently made a transition from 18 years of corporate life to launching her own business — working for herself from home.

So she no longer had a boss or colleagues counting on her to show up and get things done; instead, she had to count on herself.

That means making an appointment (with herself) to tackle the most important task on her list every day — no matter what.

“The feeling of motivation is fleeting even in the most motivated of us,” says Harris, who calculates that he feels motivated for about 45 minutes a day, “if I’m lucky. The rest of the day I’m just getting things done.”

There are a handful of things that you should accomplish successfully every day in order to consider it a great day, according to Harris — and they aren’t all business-related, either. You need to exercise, eat well and show gratitude to people in your life, too, for example.

But for real estate agents, that handful of activities probably also includes prospecting for new clients — that’s not something you can let slide for a long time without feeling the pinch in your bottom line. And not every agent thinks prospecting is the most fun thing in the world.

“The key with motivation isn’t waiting to feel a certain way; the key is getting into action — any kind of action that’s moving toward the accomplishment of your goal,” Harris explains. “Then things start to flow a little bit and all of a sudden you forget that you weren’t motivated 15 minutes before.”

Staub gets all of her prospecting finished first-thing — and tries to get everything on her “must-do” list ticked off before 10 a.m. “If you don’t have anything else to do, then the day is free for you to enjoy your life,” she said.

But that does mean getting your one big task out of the way first thing.

“I don’t wake up and look at email; I don’t look at anything until I get that big hairy task out of the way,” she explains.

“Accountability is the biggest thing that real estate agents don’t have,” opines Garcia. “They love the fact that they’re in this job, they don’t have to answer to anybody, nobody can tell them what to do — and they have no accountability to get things done.”

So adding some accountability back into the mix can be a good idea. Find someone to share your goals with — someone who’ll call you out if you miss those goals.

Staub has an accountability partner and works with agents to hold them accountable, too. She uses what she calls a “Monday morning agenda,” which includes:

“If I can get through the week and have my agenda sheet filled out, I feel super accomplished and I feel like I’ve filled the pipeline,” she says.

Staub also suggests doing some debriefing on your weekly agenda to see if there’s anything you should really be delegating — or removing.

“If I move a task to my new day’s checklist five times — if I’ve been avoiding a task for five days — I need to delegate that out and get it off my plate and off my calendar,” she says. “If you hate writing handwritten notes, get someone to do it for you or replace it with something else. If you hate making phone calls, get something that’s going to help you tackle that task — or you’re just not going to do it.”

Staub uses the Pomodoro Technique to split her time into bite-sized pieces — one “pomodoro” is typically 25 minutes long, so you string them together and take short breaks in between each pomodoro. This helps her break her “big, hairy” task into smaller time increments, which can feel more manageable.

“So writing a blog post might be three pomodoros — you block for that — and then you put it away,” she says.

“Adults need to see immediate results for them to feel a sense of achievement,” notes Garcia, who suggests that agents block off time to polish up their databases.

“Most agents don’t use a CRM because of the time that it will take to sit down and organize everybody into it,” she explains. “But if you can break that up into increments so you can see a sense of accomplishment, then you’re motivated to move on and see the next accomplishment.”

Here is one problem with forcing yourself to do something: Oftentimes, your audience can tell that your heart isn’t in it.

So if you despise cold-calling — hate it down to the very core of your being — then the people who pick up the phone are usually able to suss out that you’re not excited to talk to them.

“Agents hate doing calls because they aren’t seeing anything out of it,” Garcia explains. “Why wouldn’t they schedule calls ahead of time? Why not message your top ten people and say,

“When you call them, you know you’re going to talk to them because you booked the time, and you’ll have a real conversation,” she added. Ten of those calls a week could be worth a hundred cold calls.

This also applies to things you enjoy, but that aren’t helping build your business at all.

“Recently I left my leads group that I’d been in for a couple of years,” Staub explains. “It felt good to me to check that off every week, but I really wasn’t getting business out of it because there were never any new members. By letting that one go, it freed up more time for me.”

So instead of going to breakfast with her leads group on Fridays, she books a breakfast date with someone who could give her business a boost.

“If following up on online leads is not your strong suit, then replace that with something else both time and money-wise,” Staub suggests. “And if you’re dreading a lead coming in, don’t pay for that service anymore.”

And maybe you won’t love everything about your job (spoiler: nobody does), but you should find what you do love and focus on it when you need a motivational boost.

“Do you actually love what you do enough that you’re really excited to call people up to talk about buying or selling? What is it about the job that you can feel that way about?” asks Garcia.

“Could you get excited about marketing, or video, or creating great newsletters, or making posters, or doing an event?”

You’re walking away from a listing presentation, and you nailed it — but you know how much work this seller is going to make. Maybe their home is aging and overpriced, and they refuse to see reason when it comes to the comparative market analysis you put together.

Is this client really worth it?

If you’re in real estate solely for the money, then maybe. But if you entered the field to find some balance between work and family, or maybe because you wanted to take more vacations, then maybe this client isn’t for you. And that’s okay!

Maybe in the amount of time it took to get that house sold, you could have landed three more listings or entirely revamped your marketing campaign.

“We need to look at both the personal and the professional why,” Garcia notes. “It’s not just to make money.”

Not every agent has a “why” beyond business, though — so Garcia suggests looking at other agents in your market and figuring out what you don’t want in your business in order to nail down what you do want.

“Even if you don’t know what you want your business plan to be or your farm area or what your team looks like — can you identify what you don’t want to do, the clients you don’t want to work with? Take that off the table and don’t even focus on it.”

In conclusion, says Tim Harris: “The work part of work always sucks. When the bell rings, get out of bed.”