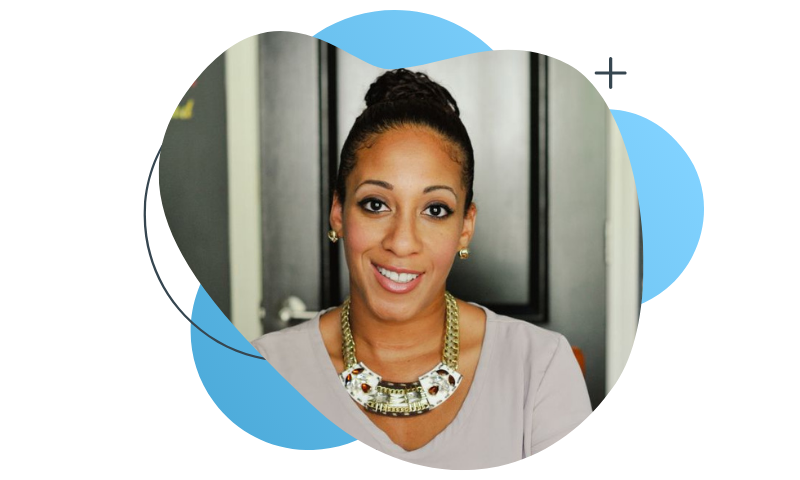 Email
Former media sales executive Christian Ross went from selling radio shows to assisting a boutique real estate brokerage — an experience that was a mini-MBA in all things real estate. "I learned the finance side, the marketing side, the sales side. It was the best training I could have ever gotten," she explains.
‍
Now one of Atlanta's top brokers — and managing broker of Engel & Völkers — Christian has a roster of repeat clients throughout Europe, South America, Canada, the Middle East, and Australia.

“Becoming a broker was definitely not a goal, not an aspiration at all,” Christian recalls.
‍
The media sales executive had moved from one step of her career to the next completely organically since college, so when she had the chance to jump in with a tech incubator, she went ahead and took it.
‍
“Just being in that specific environment of a tech incubator, it was something different. And then mixing that with real estate was huge. I think if a traditional brokerage had called me, I never would’ve gone the broker route,” she says.
‍
It was a big move that paid off. Christian now has a team of rockstar agents and an incredible international client roster. She credits her background in media sales and her ability to think on her feet for much of her success:
‍
"If I hadn't made a video and said, 'Atlanta is on sale’ I never would have been introduced to international buyers that are still my clients many years later, like ten years plus later," she says.
‍
"When I did those first videos back in 2009, 2010, I had one eye that looked like it was shut because the sun was coming in. I had taped something up to a wall. I looked crazy, but I received at least ten clients from that, and from those ten clients, they've bought two to five properties a piece," says Christian.
‍
Building and nurturing such an expansive and diverse clientele takes work — but luckily, Christian has built up systems to help her deliver a premium client experience. And Follow Up Boss helps her do it.

"The first thing I tell people now is, get your database together, and make it a part of your business every single day."

For Christian, the most important thing an agent can do is nail the basics: Following up with your sphere, consistently.
‍
“Too many times in this business, we start talking about leads and we start getting so excited about the new people, not realizing that we’ve got 200, 500, or 1000 people that would actually take our calls,” Christian says.
‍
“A lot of times, people think it sounds too simple. They want some magic bullet… but if you aren’t following up with the people that already like you, none of that other stuff will work.”
‍
So Christian trains her team to ace their follow up every time.

Smart Lists
"The first thing I tell people now is, get your database together, and make it a part of your business every single day,” Christian says.
‍
But let’s be real: sifting through hundreds of names on a daily basis trying to figure out who to call isn’t a recipe for success. That’s where Smart Lists come into play.

Smart Lists help Christian’s team prioritize the highest-value prospects, so they can focus time and energy on the right people at the right time. 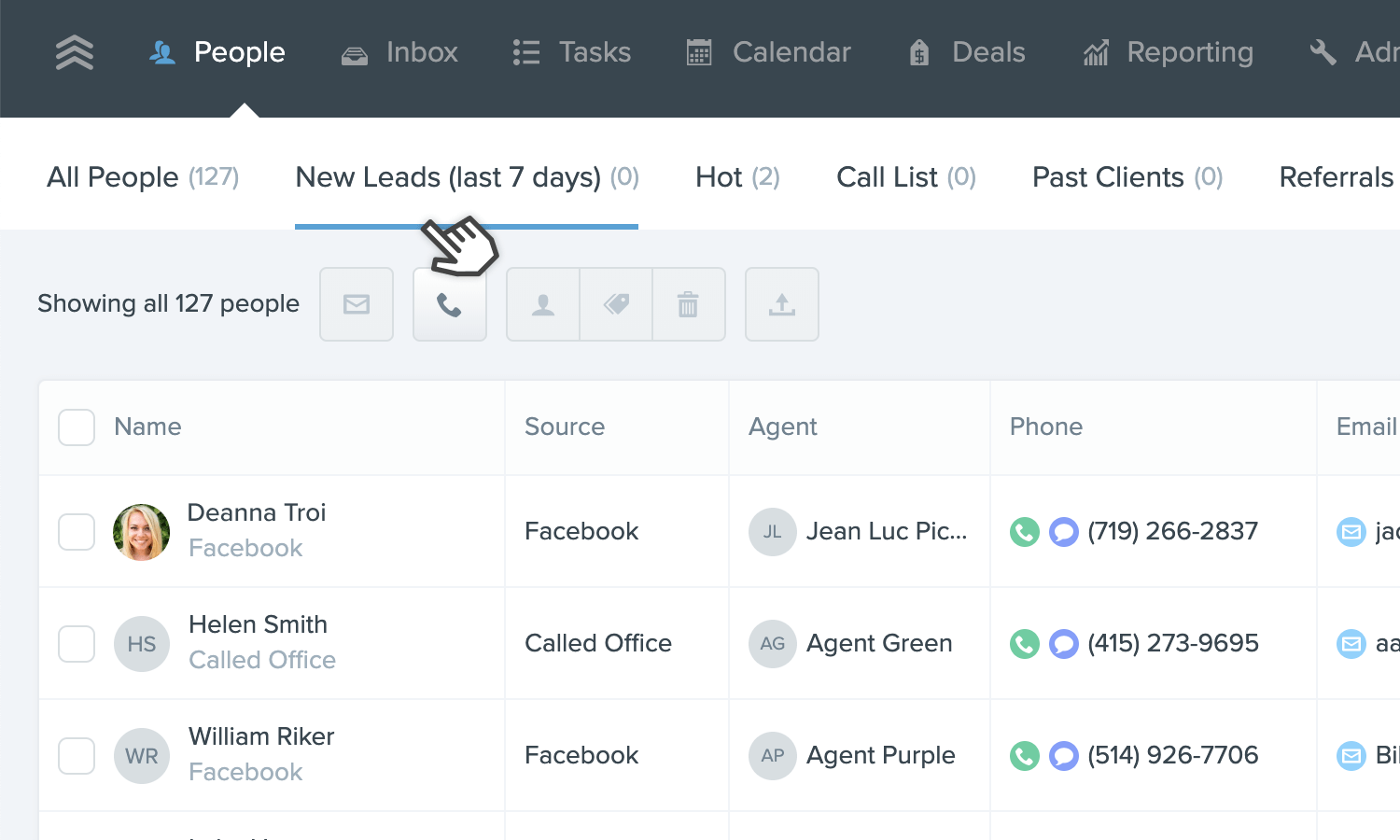 ‍
Action Plans
Despite all the magic she’s created in her career, Christian admits there were plenty of mistakes made along the way.
‍
“It hurts when you see a client with someone else,” she admits. “But guess what? You didn't touch them enough."
‍
To help other agents avoid that mistake, Follow Up Boss offers Action Plans — customizable task lists that help agents keep their head in the long game.

Action Plans can be tailored to specific segments, so whether you’re managing your SOI or brand new prospects, you can ensure that your follow up plan fits their needs. 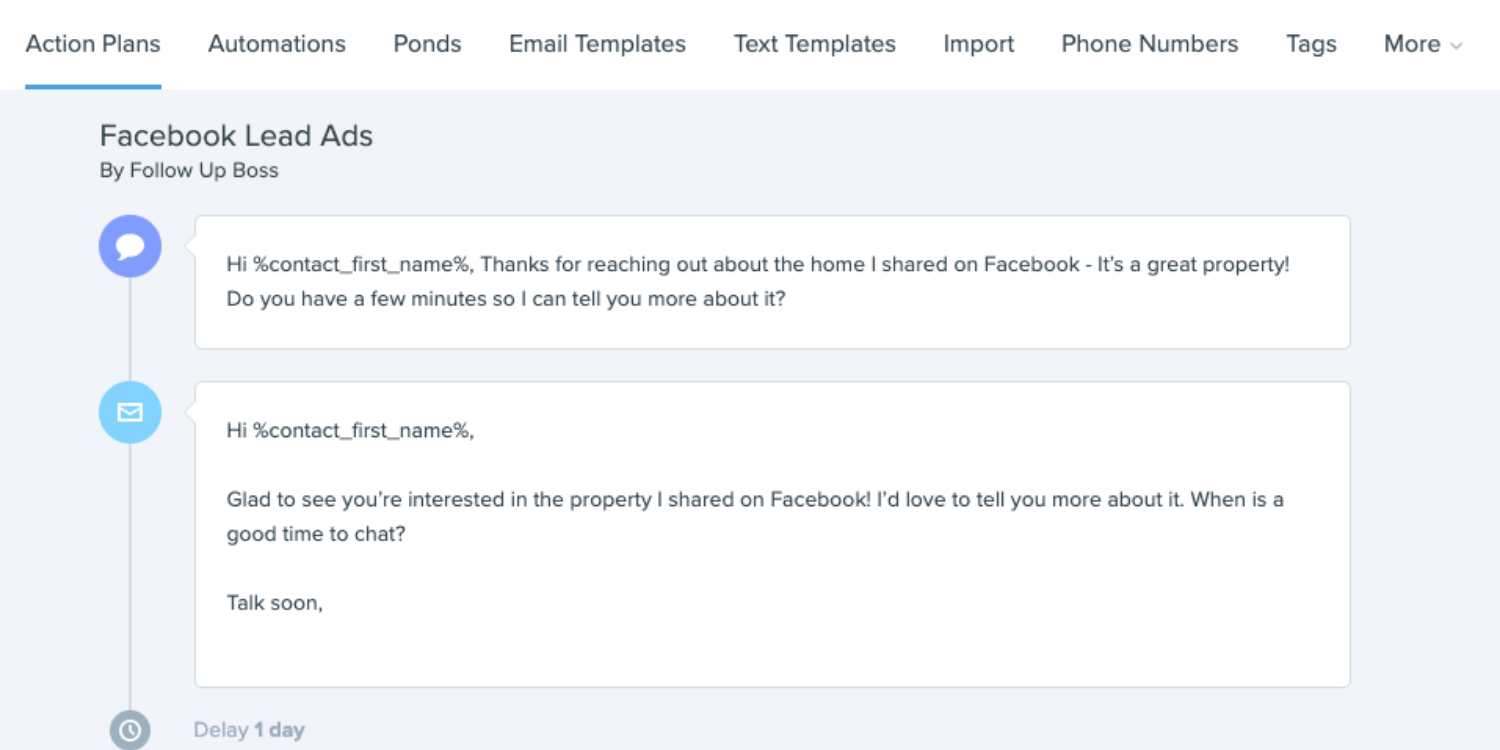 ‍
‍Message Templates
Of course, knowing who to talk to is only half the battle.
‍
“In the team environment, having enough of a plan that people know what to do with their database, what to say — that’s so crucial,” Christian says.
‍
With email and texting templates, sending off the perfect on-brand message only takes a few clicks. (And no, you don’t have to give up personalization to do it!) 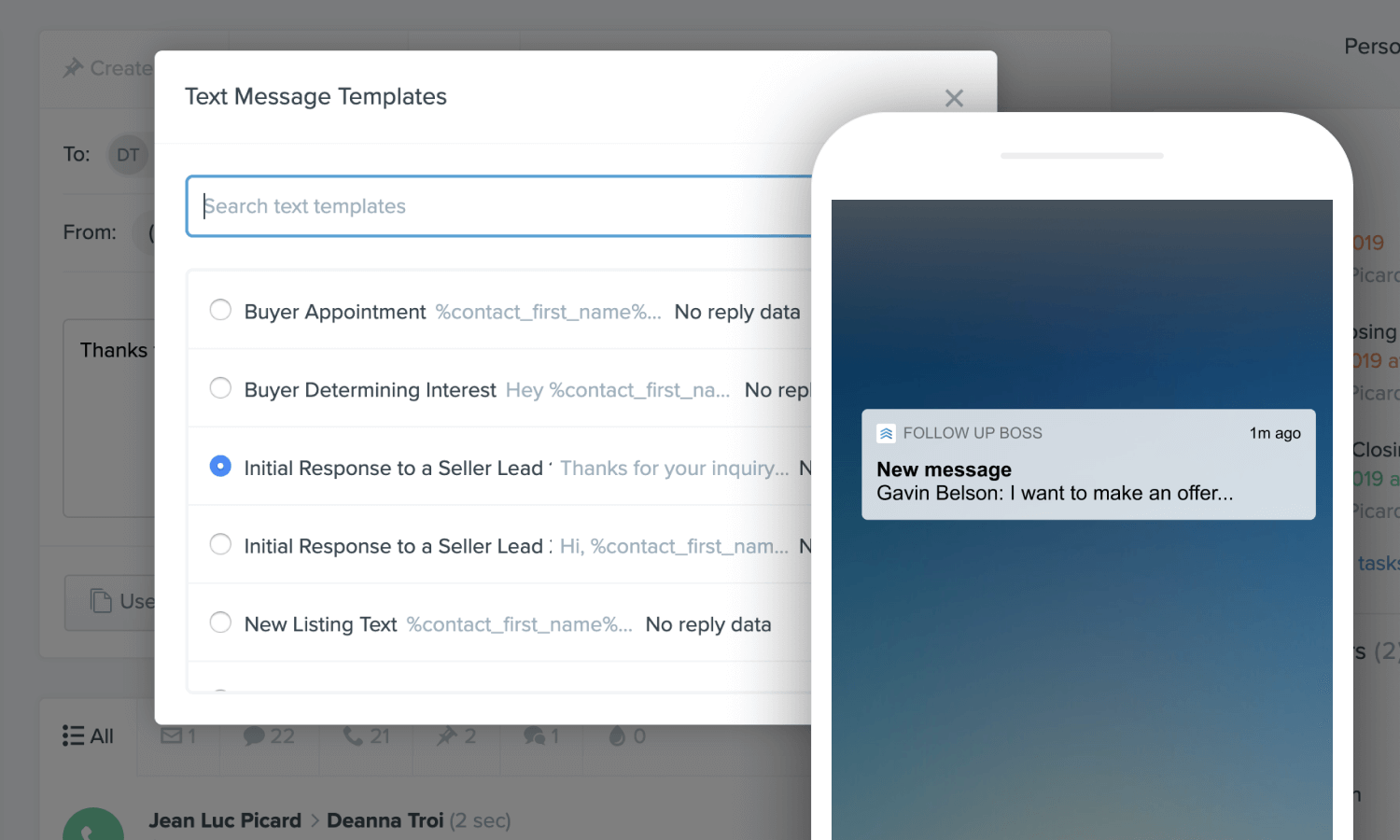 ‍
‍Take Notes
One thing Christian has learned over the course of her career is to always prepare for the unexpected. That’s why she keeps a laundry list of all the issues and unforeseen scenarios she and her team have come across while working on a deal.

"Anything that I ended up paying for or that was just a good lesson learned, I put it in a Google doc for reference," she says.
‍
"Recently, I was dealing with a million-dollar lake house. I am not a lakehouse specialist. I called every agent. I called the Army Corps Engineers. I called everyone just to make sure I'm protecting my client accordingly. Now, I have put all my lake house and negotiation notes in that doc," she explains.
‍
By curating the knowledge gained from each deal, Christian is creating a culture of agents primed not just to make deals — but to stay ahead of the industry and consistently deliver superior customer service. 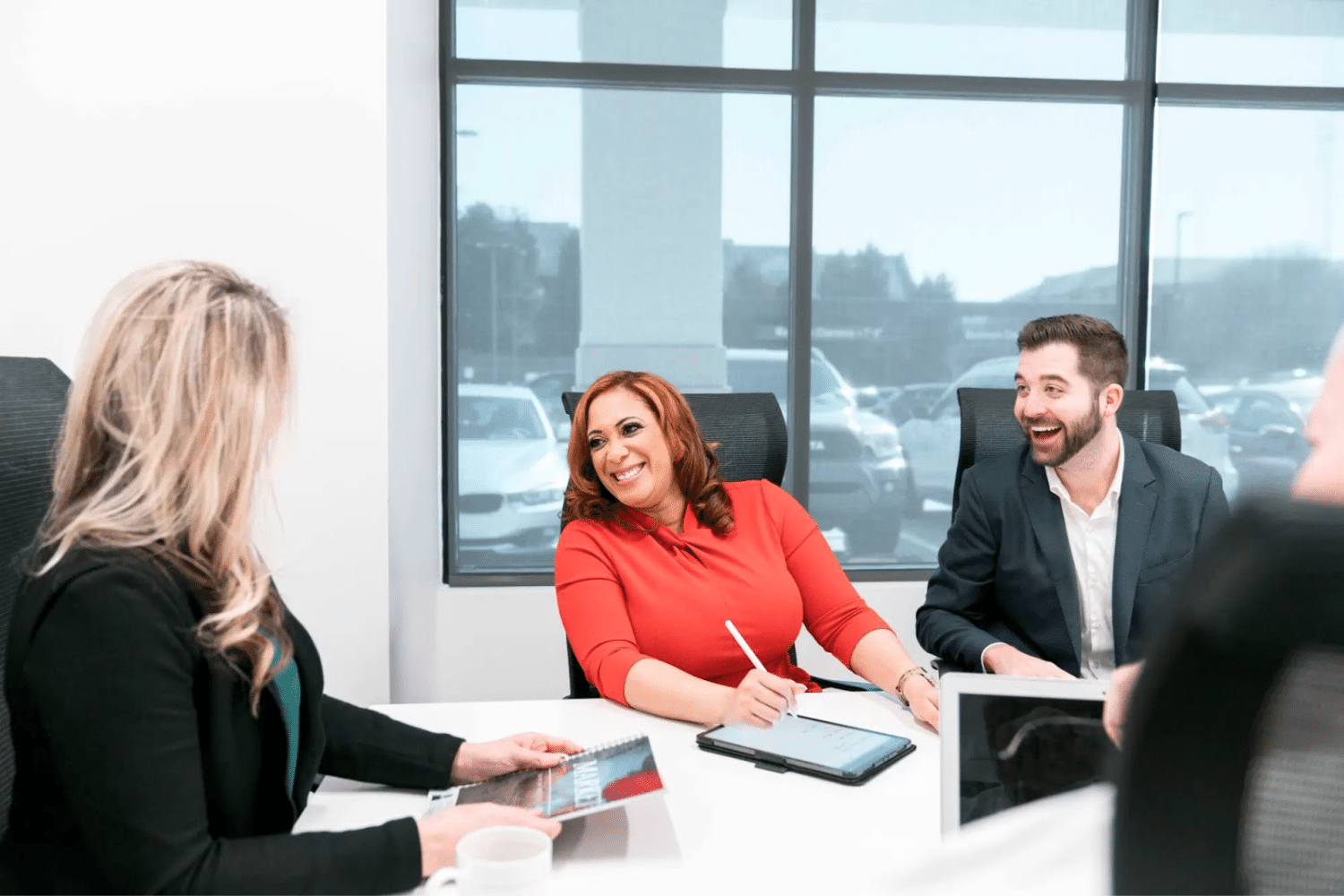 Christian outsources or leverages technology wherever she can so she can focus on the things that actually move the business forward.
‍
And for Christian, client experience is always worth the time.
‍
"We always have to remember, we're in the service industry. We have to give even more than what we expect," she says.
‍
That willingness to go above and beyond for her clients has opened doors for Christian all across the world — whether it’s helping an international client relocate to her hometown of Atlanta, or helping someone local find their dream investment abroad.
‍
“I think a lot of people are thinking about the quality of life and opportunities that are available. Now's the time to introduce people to what’s possible and help them understand the options they have,” she says. 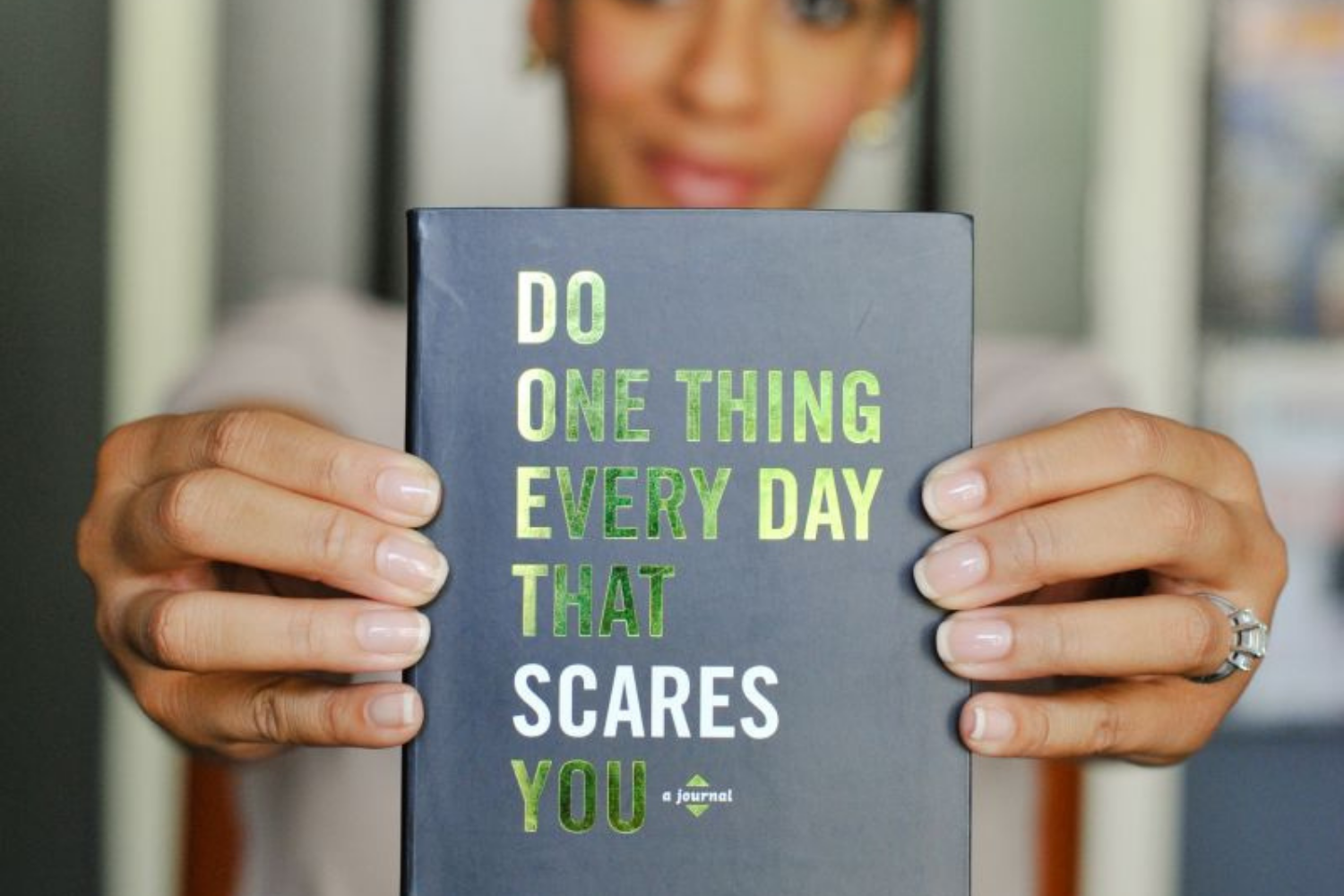