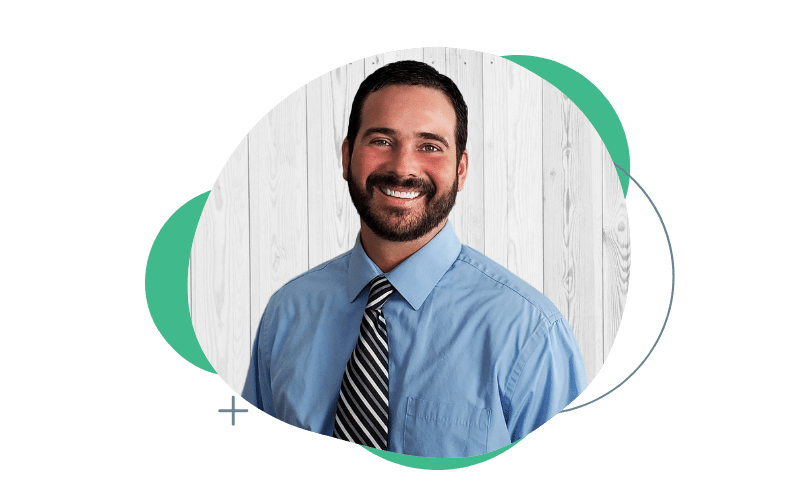 17 years in the industry

A better real estate experience — for everyone involved

MailChimp
As a solo agent, Casey Tray had reached his limit. “At a certain point, it just wasn’t sustainable. I couldn’t generate new business because I was stuck in the hustle and trying to focus on keeping things from exploding from contract to close.”
‍
Now broker and owner of Live Florida Realty, Casey and his team are proud of their top-notch systems for success and commitment to constant improvement: “It’s been a continual evolution of finding what works and scaling it. We’re still changing, and I feel like that’s what’s given us the competitive edge. And we couldn’t have done it without Follow Up Boss.”

Thousands spent on leads…but no accountability

When Casey recalls his team’s pre-Follow Up Boss days, it’s hard not to cringe. “We had thousands and thousands of dollars going out every month to generate leads and get our phone to ring, but we had no accountability at all.”
‍
With no system or process for handling incoming leads, distribution and tracking was kind of like a pick-up game of dodgeball. “We were throwing leads at agents, like ‘What are you doing today? We had five leads come in last night, can you call them?’… We just couldn’t handle them ourselves.”
‍
There had to be a better way. But as an independent real estate company, there was no handbook of solutions to turn to. Eventually, their search brought them to Follow Up Boss.
‍
But that’s just the beginning of the story.
‍
Constant improvement is a core element of Casey’s team. “We’re always asking, how can we make our systems better? How can we make our lives easier? How can we make it easier for the outside agents?”
‍
They were exploring different options that would help increase accountability — without creating a bunch of extra effort for their agents. The solution turned out to be simpler (and even more impactful) than they expected: 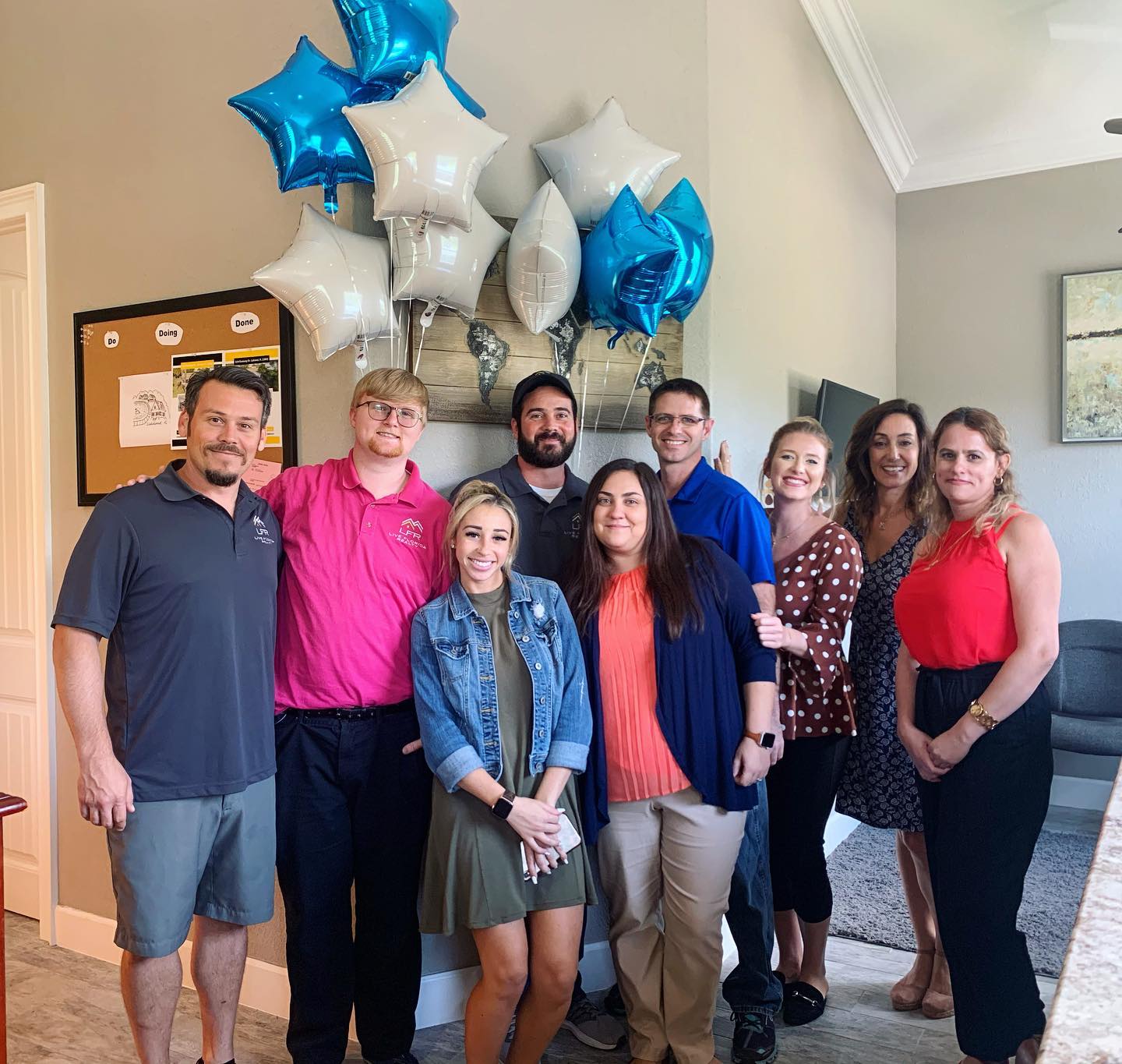 “You always hear about people who want to be in real estate because of the uncapped potential there, but if they’re not given the right tools, more often than not, they aren’t successful and end up back in the job they did before.”
‍
That’s not what Casey wants for his team.
‍
“I feel like the way that we’ve built it, we are bringing people on to see them succeed. There’s not really a question about it. As long as they’re willing to put in the work to learn Follow Up Boss, we’re giving them everything they need to make sure they’re successful.”

Everyone on the same page, all the time
Sharing information is critical for Live Florida Realty: “We’re working in a shared environment. If I call a client and then they call back 30 minutes later and talk to Nikki, she needs to know what I talked to them about.”
‍
But while the office staff was diligent about logging calls and taking notes, the agents weren’t always that conscientious about it. “It was probably 50/50 as far as who actually went in and logged the calls,” Casey says.
‍
With a company phone number, Casey’s team doesn’t have to worry about manual activity logging anymore — every call, text, and email is captured automatically.

But it still gets better: They can provide the same number to every client (and lead provider!), and Follow Up Boss will intelligently route the call to the right person, whether that’s a current client’s assigned agent or the designated ring group for new leads.
‍
“The consumer definitely has a better experience when there’s one number that goes directly to their assigned agent, but somebody else can call them from that number too. It eliminated that problem of agents switching between work and cell numbers, both for calling and texting, while also making sure that everything gets logged. It makes it a lot easier for us all to stay on the same page,” Casey explains.
‍
And for Casey, being on the same page also makes it easier to lead: “We know what’s happening. We don’t have to harp on people like, ‘Hey, did you call this person?’ Now, things are automatic because our agents are initiating their calls through the app, and the app is automatically logging and recording them. We always have the visibility we need.” 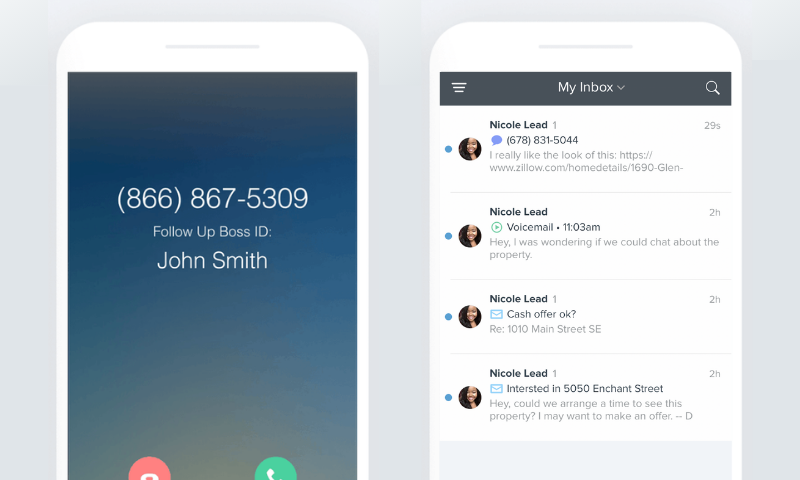 ‍
Coaching and motivating for success
‍Prior to using Follow Up Boss, Casey had learned through hard-won experience that tracking accountability manually isn’t easy. “We started with these big, elaborate spreadsheets where we would enter a bunch of data and it would spit out a rating for each agent, and you could coach on that.”
‍
But since they weren’t capturing call and appointment data effectively, it just didn’t work.
‍
He needed a platform that would give him an accurate way to coach his agents and help them be successful in the future — especially with agents who were totally new to the business.
‍
“They’ve never had any sort of accountability, and they don’t know what real estate success necessarily looks like. So being able to show them what it can turn into when they do the work and learn the system…It’s a big game changer.”
‍
The team agreed that using a leaderboard that automatically collects the data would not only help coaching — it could be a big motivator as well.
‍
“People who do the work are standing out. We’ve already had a new agent pass a more senior agent because they’re putting more effort into it. And that’s something we can see in just the click of a tab, rather than trying to talk through it. The difference is evident, it’s right there.” 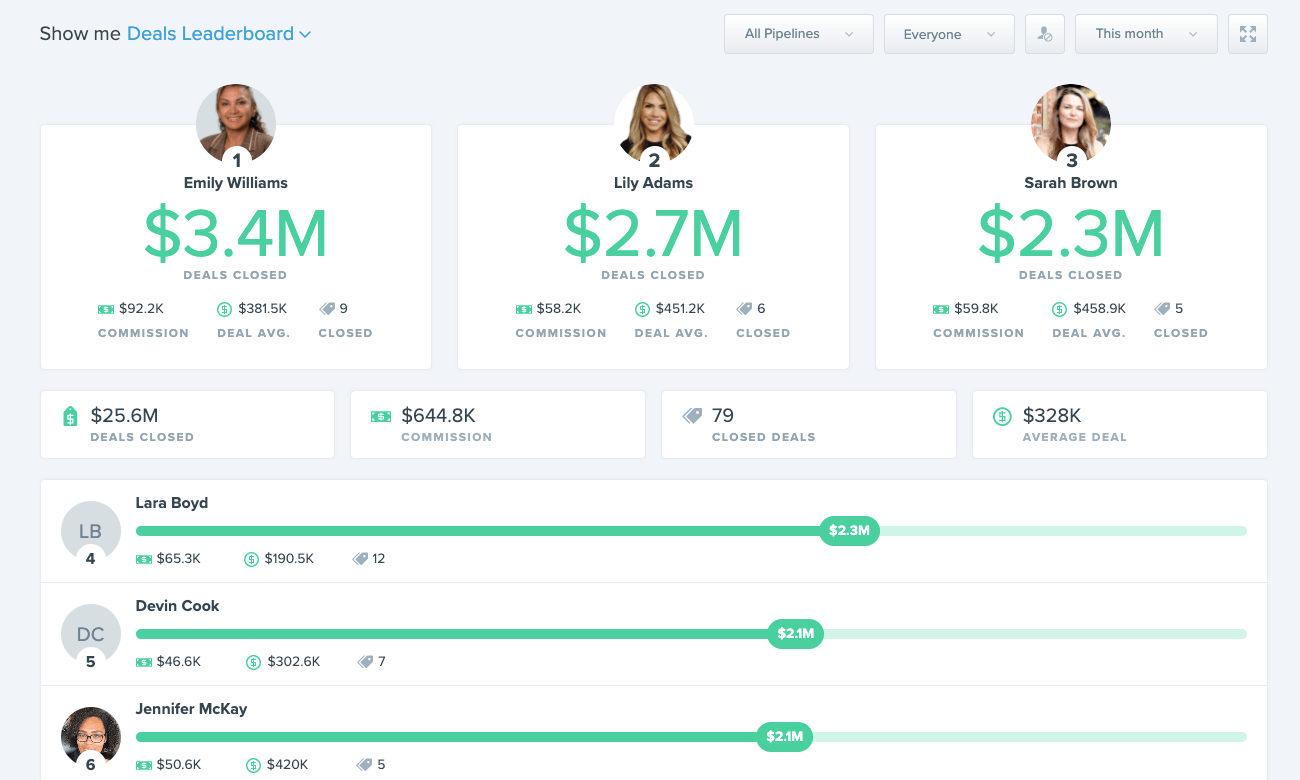 "It’s creating a better experience for our clients because everything is consistent with every single person."

Taking the guesswork out of customer communications
‍If a client has a question, Casey’s team doesn’t have to think twice on how to follow up.
‍
“We’ve created hundreds and hundreds of text and email templates,” he explains. “If a buyer doesn’t want to submit a list price offer, or if they’re trying to low-ball an offer, there’s a template for that. Or if someone asks a question about zoning or permitting or 1031 exchange. Any kind of follow up or complicated client questions — all a new agent has to do is search by keyword, and boom, there’s an answer.”
‍
That’s what we call next-level efficiency.
‍
Never miss a single step
Exceptional client service is all about nailing the little things, which is why Casey’s team aims to make the process unforgettable…literally: They don’t have to remember their to-do list, because Follow Up Boss does it for them.
‍
“All our checklists live in Follow Up Boss, and as soon as anything happens with a client, it generates a series of tasks that we can all either work from individually or share with other people if it’s their responsibility.”
‍
Not only does this make life easier on the agents — it’s good for the clients too.
‍
“It’s creating a better experience for our clients because everything is consistent with every single person,” Casey explains. “We’re not going to forget to do things, because it’s on our task list. Every action has a reaction, so we never have a buyer calling up four days after submitting an offer asking, ‘Hey, what happened?’ Nothing falls through the cracks now.”

Empowering the agents (especially the newbies)
All these on-point processes make starting or growing a real estate career so much easier for agents who join the Live Florida Realty team.
‍
“It’s been huge in that we’ve been able to really collaborate and work together on things and bring people on when we were feeling a squeeze, where before it was just a little bit crazy,” he says. “Now, when we hire new people, we already have their jobs mapped out for them. We know immediately what to have them focus on, and they can just jump in and be ready to go because we have a process that is so intuitive and easy to learn.” 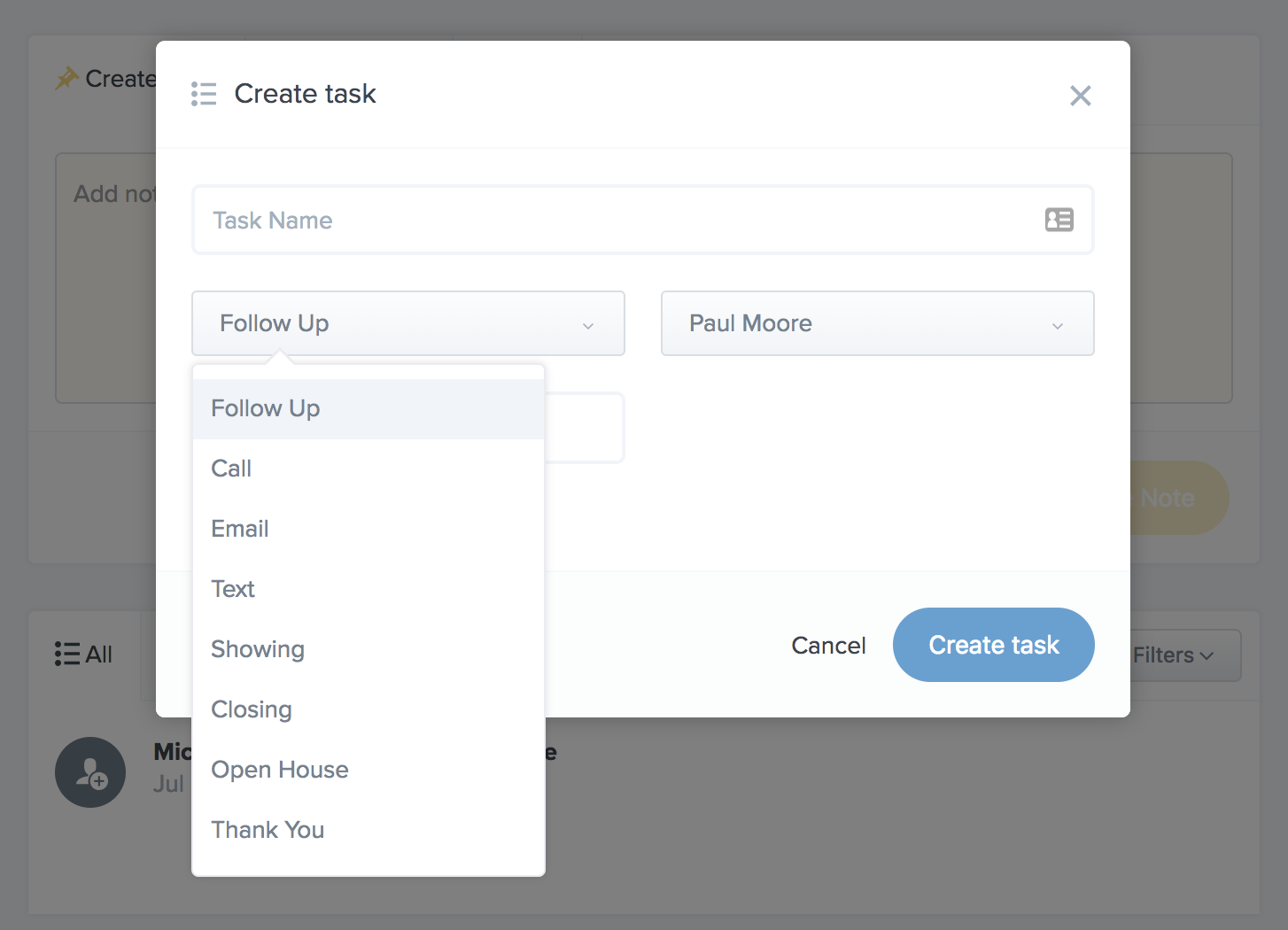 “There’s no way that we could do the job without Follow Up Boss.”

When he thinks about how things used to be, Casey is still a bit surprised how far they’ve come.
‍
“Now everything is so polished and nice. All our information and correspondence is organized in Follow Up Boss, and it’s happening automatically. We have full control — and that’s a position we’d never have dreamed of being in before.”
‍
He admits that before finding Follow Up Boss, there were a lot of failed attempts with other CRMs. But it’s been 100% worth it.
‍
“The amount of time, effort, and work we put into it more than pays for itself in efficiency, organization, customer satisfaction, agent satisfaction, and tools and productivity,” Casey says.
‍
And the results speak for themselves:
‍
“We’ve watched our team increase market share in our area. We’ve watched GCI, volume, and units, all that stuff grow. And the only thing that we’re doing differently is we’re just becoming more and more efficient,” he explains. “As a result, our clients are having a great experience, and they’re telling other people about it.”
‍
It’s all about having the right information at hand:
‍
“We know who we need to talk to, when we need to talk to them. We know what return on investment we’re getting on our other products and advertising platforms, so we know when we need to shift things,” he says. “We’re just a lot more informed, and that makes things a lot easier, and it makes it a win for everybody that’s involved. Anybody that contacts us, anybody that works with us. It’s a win all around.” 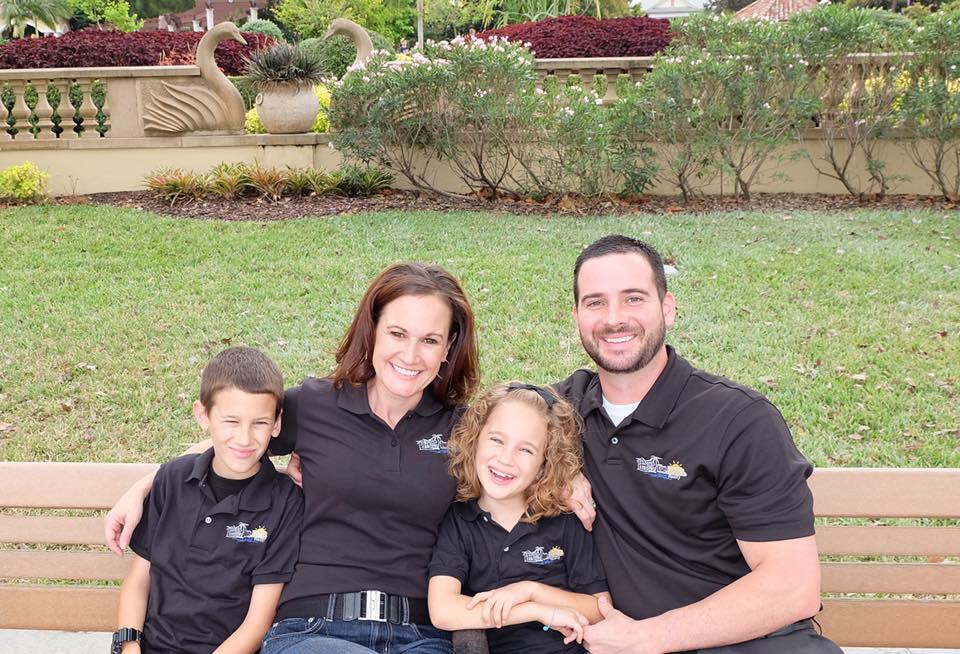