Every lead in one place, 3x growth in 2 years, zero burnout 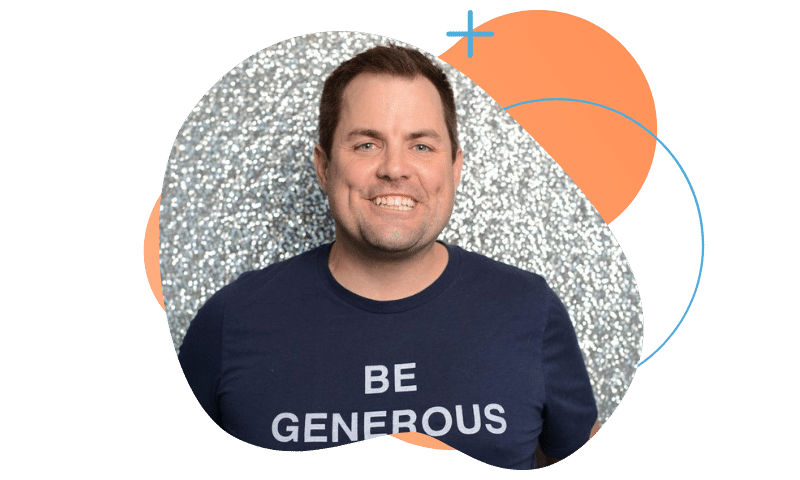 Real Estate Data Help
Kris Lindahl started out as a solo agent working short sales in the midst of the financial crisis. By 2014, he was the #1 producer in all of Minnesota, and he started his own team in 2015.

Kris generates tons of leads from his ubiquitous billboards (among many other sources) and wanted a way to help his agents work through them efficiently without burning out from nonstop cold lead follow up. He uses Follow Up Boss because it makes it easy for him to manage his inbound lead flow, and easy for his agents to prioritize the best leads for follow up.

Juggling dozens of inbound lead sources without burning out agents

In 2009, most of us could only see the housing crisis…but Kris Lindahl saw opportunity. So despite earning two degrees in education, he decided to pivot. He got his real estate license and quickly built a business on short sales.

As a solo agent, Kris closed a whopping 147 transactions in 2013 and then cranked it up to 175 the following year. He was crushing it—but mentally, it was starting to crush him.
‍
"I felt like I was doing so much business that I was losing my identity, you know? Selling a house every two days is absolutely insane."
‍
So in January of 2015, he finally buckled down and started a team—Kris Lindahl Real Estate (KLRE). It wasn’t a hard decision: "What I've realized over the years is that doing real estate alone sucks," he laughs.
‍
Kris wanted to challenge the status quo as a team leader. He’d seen far too many talented agents leave the industry as a result of poor leadership.
‍
"When I look at teams around the country, I can tell you that some of the biggest challenges I see are related to the way their leadership structure is set up,” he says. “There's no human element. There is no empathy. They treat their employees and their agents like objects. They turn and burn 'em."
‍
Too many team leaders burn their agents out on cold calling paid or shared social media leads. Kris, on the other hand, wanted to generate warm leads through inbound marketing. He calls it a "super omni approach."
‍
"We're absolutely marketing and advertising everywhere. People see us, they hear us…They can't miss us,” he says. 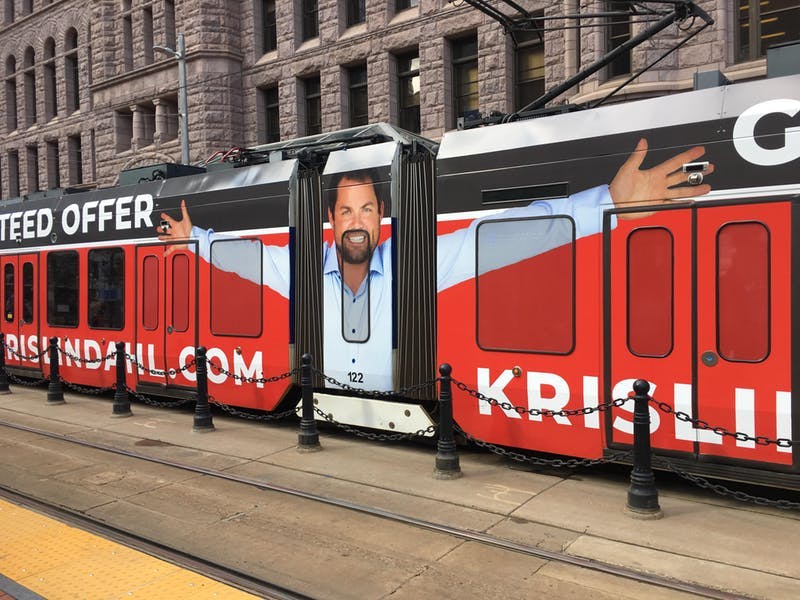 The thing is, marketing “everywhere” creates a lot of complexity when it comes to lead management. That’s why Kris needed a solution that would reduce complexity for his team and help him maintain a culture that was both high-performing and highly positive.

“The more simple you can make things, the better your process will be. It will allow agents to do more transactions and accomplish everything they want in their life.”

Kris is no stranger to lead management platforms or the challenges that often come with them. “I can tell you from using Salesforce and all of the other platforms we've used over the years, it's really complicated for the agent,” he explains.
‍
And as he knows first-hand, complicated systems are a quick recipe for burnout—which isn’t his leadership style. Instead, Kris is determined to walk the walk by being a leader who truly serves his team, not the other way around.
‍
That’s why he chose to use Follow Up Boss. “One thing that I really love about Follow Up Boss as opposed to some other systems is the simplicity of it,” he says.
‍
Not only does it make his job easier on the administrative side—helping him get visibility into his team’s activity—it also helps his agents succeed by helping to fill agents’ skill gaps.
‍
For Kris though, the important thing is designing for simplicity: “The more simple you can make things, the better your process will be. It will allow agents to do more transactions and accomplish everything they want in their life,” he shares. 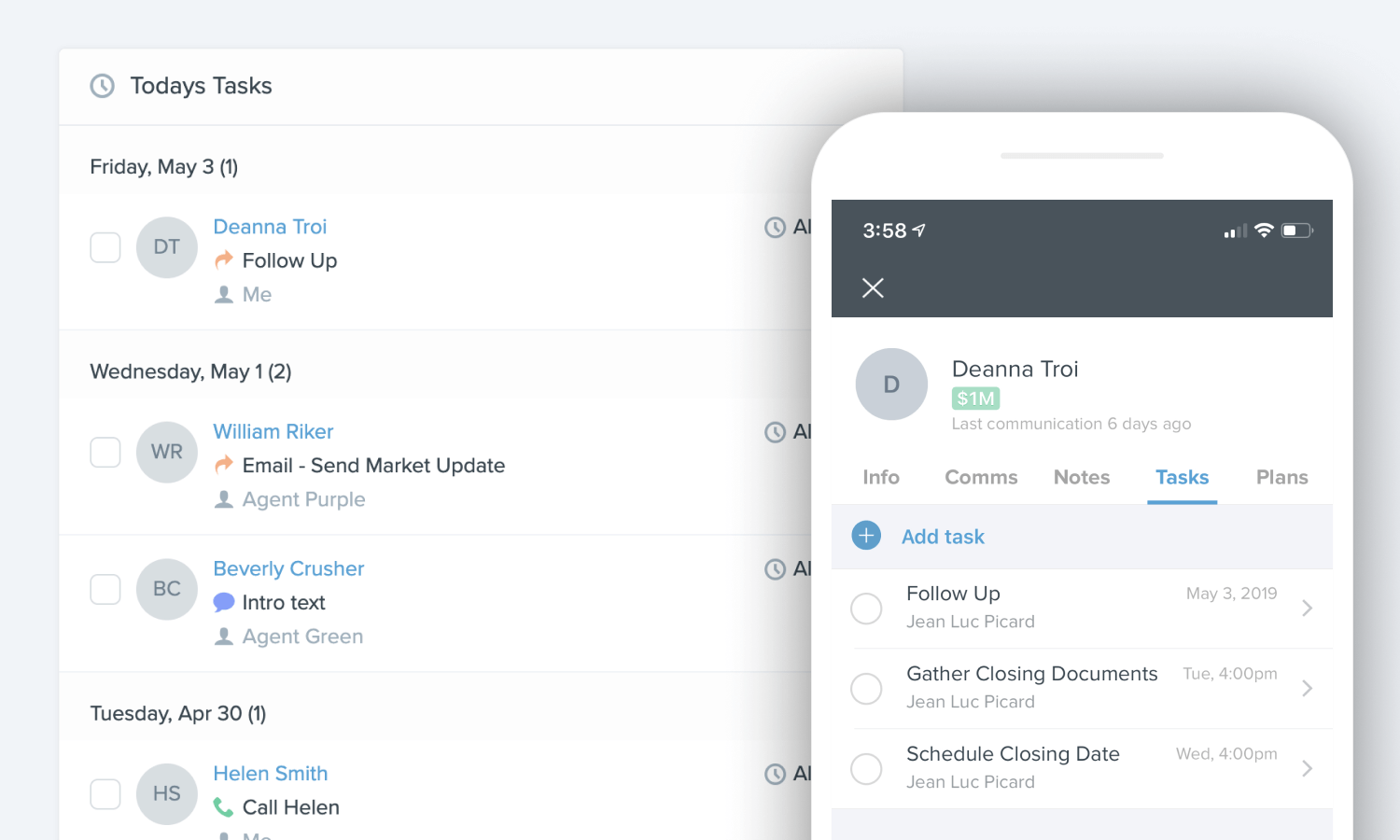 Using Smart Lists, agents can sort and prioritize leads so they’re focusing on the best prospects. Meanwhile, Action Plans eliminate the guesswork that goes into deciding how to follow up and when.

(And maybe it goes without saying, but calling, texting, and email are all built into Follow Up Boss so they don’t even have to leave the platform to connect with clients. Everything gets tracked in the system so all the info they need is right at their fingertips.)

“At the end of the day, we have to serve our agents the best that we can and make their lives as easy as we can," says Kris.

"One thing that I really love about Follow Up Boss as opposed to some other systems is the simplicity of it. I can tell you from using all of the other platforms we've used over the years, it's really complicated for the agent"

140 team members and the #12 team in the United States

Without a doubt, Kris’s personal story is remarkable. He went from being #1 in Minnesota as an individual agent, to leading the state's #1 real estate team (under RE/MAX), to founding his own real estate company.

Only two years later—but now 140+ team members strong—he’s reclaiming that first-place territory: KLRE took the top spots in Minnesota and ranked #12 in the nation in 2020. The team has also expanded to Wisconsin and Colorado.
‍
Between his marketing efforts and his rock-solid lead management system, Kris Lindahl Real Estate runs like a well-oiled machine. But if you ask Kris, that success all comes down to leading and empowering his team to do their best.
‍
"As I've grown, I've realized that if I don't have great human beings that can help carry our mission and take care of our clients and our supporters in the right way, it doesn't matter how much business we generate,” he says.
‍
By designing easy, effective processes, Kris makes it easy for his team to take their performance to the next level—without causing burnout. And as he helps his agents succeed, he’s able to create better results for his clients and his community.

Kris Lindahl keeps his team happy and productive with Follow Up Boss.
You can, too.